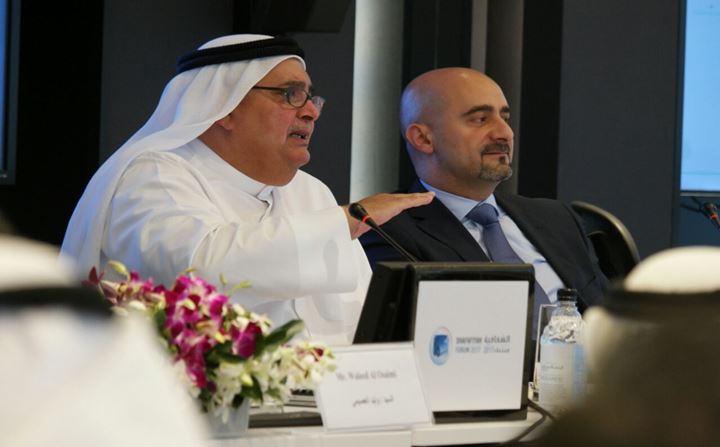 At its Annual Shafafiyah ‘Transparency’ Investors’ Forum, KIPCO – the Kuwait Projects Company (Holding) – said that external challenges such as regulations, currency fluctuation and oil prices, will impact the company’s profitability in 2017. However, KIPCO’s diversified investments, the strong support it has from its shareholders, and the internal practices that have been intangible to the Group’s success will help the company tackle these challenges.

At the company’s annual investors’ forum, KIPCO presented a review of 2016 and its outlook for 2017 to 2018 to an audience of shareholders, financial analysts and institutional investors.

The forum followed the company’s General Assembly meeting where KIPCO’s shareholders approved a cash dividend of 25% (25 fils per share).

As part of its review, KIPCO announced 2016 as the company’s twenty-fifth year of consecutive profitability, with up to KD 484 million distributed to shareholders in dividends during this time. This year also marks KIPCO’s fifteen years of continuous dividends. The company presented an overview of its exceptional story of growth in assets, revenue and portfolio of companies. It also highlighted the company’s balanced performance in 2016 despite the challenging environment.

KIPCO said that the international market has continued to validate the company’s strategy, as demonstrated by the issuance of a US$ 500 million bond under its US$ 3 billion Euro Medium Term Note (EMTN) Program – four times oversubscribed at a new benchmark fixed coupon rate of 4.5% – with a simultaneous tender of its existing 2019 bonds. This has brought KIPCO’s average debt maturity to 5.8 years as of March 2017, and the lower borrowing costs have resulted in saving of approximately US$ 22 million a year in interest.

Also in its 2016 review, KIPCO said that after adjustment for foreign currencies devaluation and one-offs, Burgan Bank recorded an 8% growth in revenue. The bank’s underlying profit for the year went up 23% when eliminating FX gains and other non-repetitive events. Burgan Bank also improved its risk management and optimized its capital, bringing its capital adequacy ratio to 16.7% by the end of 2016.

For OSN, a new management team was appointed to execute the pay-tv company’s growth strategy. Newly-designed channel packages at new prices were launched to further support up to three million subscribers over the next five years.

As for Gulf Insurance Group, the company registered a 7% growth in revenue and a 15% increase in gross written premiums, while net underwriting results went up 9% in 2016. The Group also acquired a Turkish non-life insurer during the year.

Despite being impacted by the devaluation of the Egyptian pound, KIPCO’s real estate arm, United Real Estate, registered a 17% growth in revenue in 2016. The company inaugurated Abdali Mall in Amman, Jordan, with 65% of the mall pre-leased. In Egypt, URC completed its Aswar Residences project in New Cairo and has made substantial progress in the construction of its residential development, Manazil.

Infrastructure work for KIPCO’s mega real estate development, Hessah Al Mubarak District, began in 2016. KIPCO Group will be developing 40% of the district, with the remaining plots to be sold to developers who share the company’s vision for this comprehensive, mixed-use neighborhood.

In its outlook, KIPCO said that it expected to continue to face headwinds in 2017 and 2018, given the challenging external factors that present themselves. The banking sector continues to deal with the implementation of new regulations since 2015, while KIPCO’s media business will need to continue to stay ahead of competition and anticipate technology trends over the next two years. All business sectors will need to deal with implementing international financial reporting standards, the risk of currency fluctuation, and the instability of oil prices.

“External factors – including currency fluctuation, oil price instability and the need to implement new financial reporting standards – mean that our outlook for 2017 and 2018 remains challenging. Despite this, momentum continues to grow across our core companies. Revenue for Burgan Bank, Gulf Insurance Group and United Real Estate was up 8%, 7% and 17% respectively in 2016, while OSN maintained its revenue levels against 2015. These results are a testament to our ability to continue to weather the strong headwinds we anticipate in the coming two years.”

“The international markets have awarded KIPCO’s strong credit quality with attractive interest rates for the bonds we issue. We enter 2017 with the projection that the challenging external factors will impact our profitability for the year. We believe that 2017 will be our base year for the next five years, and that our strengths – namely our diversified investments, the strong support of our shareholders, and our prudent internal practices – will help us tackle the tough times ahead.”