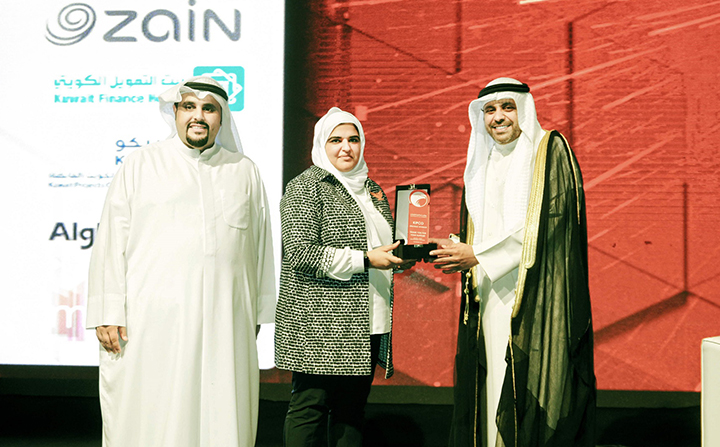 KIPCO – the Kuwait Projects Company (Holding) – participated in the 7th Youth Empowerment Symposium (Tmkeen), held under the patronage of H.H. the Amir, Sheikh Sabah Al Ahmad Al Jaber Al Sabah. KIPCO is a Strategic Sponsor of the symposium for the fourth year.

“KIPCO strongly believes that Kuwait’s development plans can only be made a reality through the empowerment of its young people. We also believe that the private sector has an important role to play in this. Our partnership with Tmkeen and the launch of the KIPCO Tmkeen Award for Young Entrepreneurs has allowed us to establish a dialogue with the talented youth of Kuwait and encourage them to channel their creativity and innovative ideas into sustainable businesses. In the past four years, we have been able to shed light on the growing entrepreneurial community in Kuwait and the remarkable achievements of our young businessmen and women despite the challenges they may face.”

The first day of the symposium saw the ‘Startup Battle’ of the KIPCO Tmkeen Award for Young Entrepreneurs. The three e-media and technology businesses that qualified in the first judging round – Nutribox, Technocare and Zidnei – presented to a judging panel that included Founder and CEO of Cooler Screens and Founder of Argo Tea, Mr Arsen Avakian; CEO of KAMCO, Mr Faisal Sarkhou; and CEO of Boutiqaat.com, Mr Abdulwahab Al Essa.

The winner of the 4th KIPCO Tmkeen Award for Young Entrepreneurs will be announced on the second day of symposium.