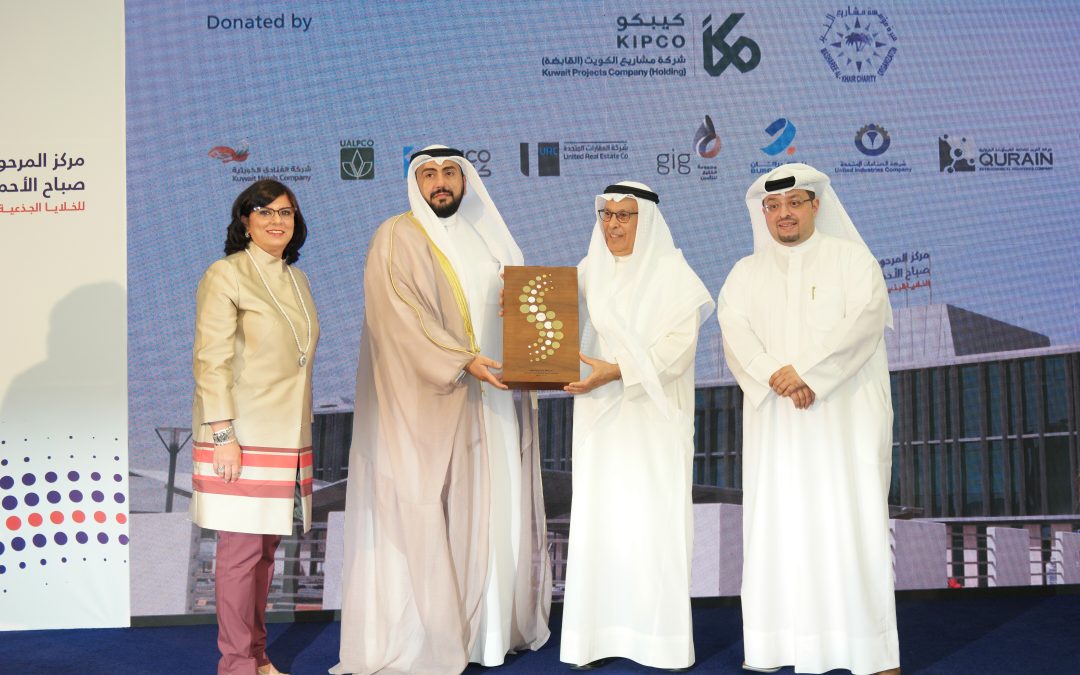 The center was built with a donation of KD 7 million made by Masharee Al Khair Charity Organization on behalf of KIPCO Group. This is the first center in the Gulf region to be dedicated to stem cell research and the storage of umbilical cords.

The facility, located adjacent to the Maternity Hospital in the Sabah Health Zone, is built over an area of 12,000 square meters and includes testing and research laboratories, blood and cord storage banks, research and medical libraries, as well as a lecture theater.

The Minister of Health, HE Sheikh Dr Basel Humoud Al Sabah, spoke about the importance of stem cell research and the groundbreaking discoveries made in this area that have a direct impact on the quality of people’s lives and the ability to cure previously incurable diseases. He thanked KIPCO and Masharee Al Khair Charity Organization for the donation, which not only reflects the private sector’s interest in the well-being of the community, but is also a symbol of its commitment to actively supporting the ‘New Kuwait’ Vision 2035.

“This center represents one of the forms of partnership between the public and private sectors, which have come together to push forth the development of this nation. We believe that the center, the first of its kind in the region, will play a major role in the development of medical services and science in Kuwait. Our goal, through building this center, is to contribute to healthier living. We look forward to the day when the storage of umbilical cords becomes the norm, and stem cells become the first option to overcome chronic diseases and other injuries that cannot be treated with traditional methods.”

“We chose to name the center after a woman who made social and charitable contributions for many years, away from the spotlight. We hope that this center will serve to remind us of the legacy of the late Sheikha Salwa Sabah Al Ahmad Al Sabah.”

Following their speeches, HE the Minister of Health and Mr Al Jassar unveiled the commemorative plaque, marking the official inauguration of the center. They were joined by Dr Reem Al Radwan, Director of the Department of Blood Transfusion Services at the Ministry of Health.

The event was concluded with a VIP tour of the facilities.