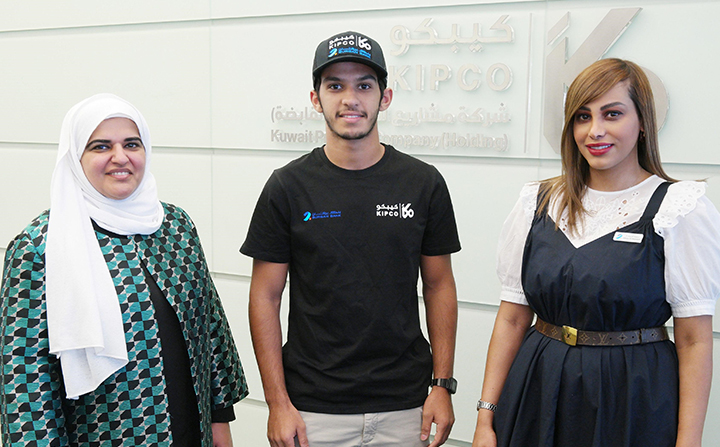 KIPCO – the Kuwait Projects Company (Holding) – and Burgan Bank announced the joint sponsorship of Mr Alamir Albaz Nabil Alayyaf, who will be competing in the BMX Freestyle World Cup in France from May 29 to June 6.

Mr Alayyaf is a freestyle BMX athlete, and earned first place in the recent tournament in Saudi Arabia, thus qualifying for the World Cup in France later this month.

“KIPCO is proud to support talented young men and women who help place Kuwait on the global map in the different talents in which they excel. This is especially true of sports, as people have begun to place more importance on wellness and better quality of living. We are delighted to support Mr Alayyaf, who is a role model for Kuwait’s youth. We wish him all the best as he competes under the Kuwaiti flag.”

“We are delighted to sponsor, alongside KIPCO, such a talent. Our support of Mr Alayyaf directly reflects our commitment to raising the profile of the local sports community and also Kuwait’s reputation worldwide. The sponsorship is in line with Burgan Bank’s CSR strategy, which places sports and active living at its core. We wish Mr Alayyaf the best of luck.”

“I am proud to be the first Kuwaiti to compete in a global BMX freestyle competition, as interest in this sport grows in the region. I would like to thank KIPCO and Burgan Bank for the importance they place on helping young Kuwaitis excel in their areas of interest, and for the great support they provided me as one of many athletes striving to build a reputation for Kuwait in the sports arena worldwide.”