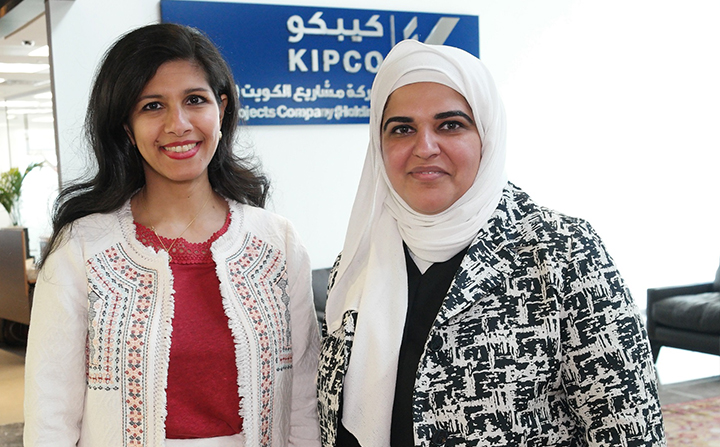 KIPCO – the Kuwait Projects Company (Holding) – has announced a partnership with the Women Mentor Forum (WMF), a local non-profit organization committed to female empowerment in the workplace. In its role as a strategic partner, KIPCO will be hosting WMF’s events throughout 2018 and participate in discussion panels and workshops. This partnership further emphasizes KIPCO’s commitment to creating an inclusive work environment.

“When it comes to female empowerment, public support does not always translate into action in the workplace. Despite all efforts, Kuwait continues to trail the global averages for female inclusion in executive positions. Even though women have been part of the workforce since the establishment of modern Kuwait, studies indicate that they hold only 14% of the executive positions more than half a century later. KIPCO is proud to have female representatives at all levels of its business and across industries. We hope that initiatives of WMF and other organizations can help companies lay down a blueprint for gender diversity and creating the ideal corporate work environment for women in Kuwait.”

“We are proud to partner with a leading private company such as KIPCO. WMF is focused on supporting the Kuwaiti economy through gender diversity by engaging in conversation and creating a platform that enables the increase of Kuwaiti women in executive positions and inspire women entrepreneurs. Women have a role to play in supporting the growth of the economy and we aim to support these efforts through development, mentorship and networking opportunities.”

Studies conducted in the private sector across the world highlight the financial gains and other benefits companies gain when employing more women and empowering them to move up to higher positions. A 2012 report by the Organization for Economic Cooperation and Development (OECD) found that countries with more female participation in the workforce were likely to grow faster than others. A survey done by the Harvard Business Review found that women in executive positions scored higher than their male counterparts when it came to evaluating characteristics usually associated with men in executive positions.

Over the course of the year, WMF’s activities will focus on the important role of women in the private sector and the value that they bring to the table. In May, WMF will be hosting an international guest speaker who will be focusing on gender equality and inclusion. Another event will be held in November on women and entrepreneurship.