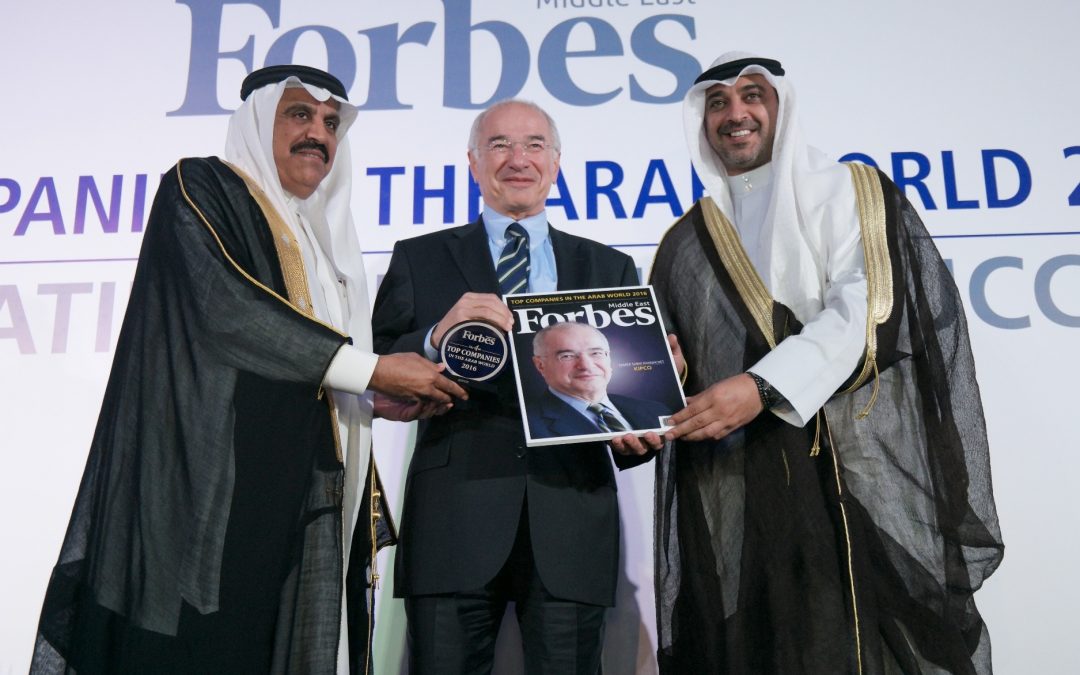 KIPCO – the Kuwait Projects Company – was recognized by Forbes Middle East as a ‘Top Arab Company in the Arab World 2016’ for the third consecutive year.

KIPCO’s award was announced during a gala dinner held at the Jumeirah Messilah Beach Hotel & Spa in Kuwait. The event recognizes publicly listed companies that, through dynamic and strong leadership, are shaping the future of Arab economies and making an impact on a global scale. Companies were ranked according to their total revenue, net profit, total assets and market capitalization.

“Receiving this important recognition from Forbes Middle East for the third consecutive year brings us great pleasure. As we at KIPCO continue to enhance our businesses in diverse sectors across the MENA region, we are also helping develop and grow the communities we are present in and we are shaping the economies in which we operate. Such prestigious recognitions and awards reinforce the success of our strategies and our efforts to achieve business excellence.”