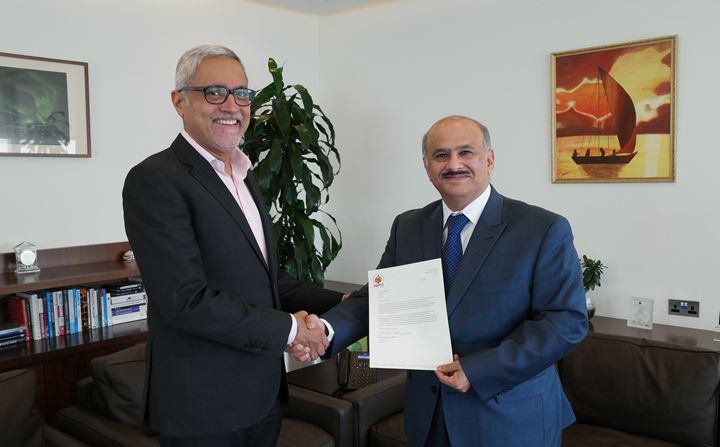 Mr Maitra was among a number of prominent Kuwaiti and Indian personalities who were recognized for their achievements. The event was held at the Crowne Plaza Hotel.

“I am humbled to be receiving this award. I have long believed that belonging to a community means giving back to it, and the IBPC’s efforts to foster relations between the Kuwaiti and Indian business communities is an embodiment of this. I am honored to be among such distinguished personalities who not only have worked to strengthen our business ties, but have also made considerable social contributions to our community in Kuwait.”

Mr Maitra joined KIPCO in 1988. He was appointed Financial Controller in 1991 and Group CFO in 1996, and has since been leading the Group planning and performance analysis function. He is a Board Member of Burgan Bank, OSN and PKC Advisory. He won the MENA Private Sector CFO of the Year award in 2008. In 2011, he won the first MENA region CFO of the Year award, organized by the Institute of Chartered Accountants of England and Wales. In 2016, he was named among the ‘Top Indian Business Leaders in the Arab World (Executives)’ by Forbes Middle East.

The IBPC is a non-profit, non-commercial platform that cultivates networks between Kuwait and India across various sectors. Its seeks to strengthen commercial, business, cultural and friendly relations between the two countries by holding seminars and inviting business delegations from India.