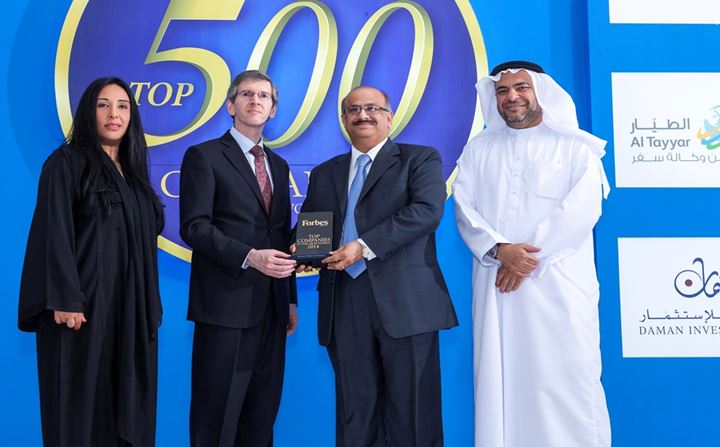 KIPCO – the Kuwait Projects Company – announced today that it has won the prestigious Forbes Middle East 2014 Award for top Arab company in the investment category.

KIPCO’s nomination was announced at the Forbes Middle East’s annual awards ceremony, which was recently held in Jumeirah Emirates Towers in Dubai. The event recognizes the top 500 publically-listed companies in the Arab world. Companies were ranked according to their total revenue, net profit, total assets and market capitalization.

The awards were presented by Mr Rob Waller, US Consul General to Dubai. Mr Pinak Maitra, KIPCO’s Group Chief Financial Officer received the award on behalf of the company.

“We are pleased to have received this important recognition. For over two decades, KIPCO has earned a reputation for quality and excellence, which was built on a diverse portfolio of sustainable investments across the region in a number of important sectors. This award reinforces our position as a leader in developing the region’s business landscape and supporting the economies in which we operate.”