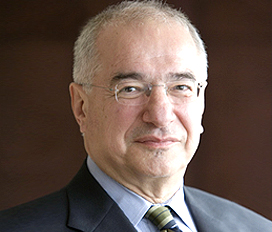 KIPCO’s Board of Directors is recommending a cash dividend of 20 per cent (20 fils per share) and a 5 per cent stock dividend, subject to approval by the company’s General Assembly and regulatory authorities.

KIPCO said that its 2012 results reflected strong performances from its operating companies and that the proportion of recurring revenue streams grew over the year.

“These results mean that 2012 was KIPCO’s twenty-first consecutive year of profitability and, subject to approval, our eleventh consecutive year of paying dividends. This outstanding track record has been maintained despite the problems afflicting the local, regional and global economies over the last few years. The underlying trends within our 2012 results point to an improvement in growth and profit in all our core sectors including banking, real estate and insurance. In particular, in the media sector, our broadcast company OSN has seen a dramatic improvement in revenue and earnings over the last 12 months. This is the result of improved customer satisfaction and retention, quality programming and the advanced technology the company continues to bring to the market.”

“Overall, we are pleased with the progress our companies are making and the results they achieved for 2012.”